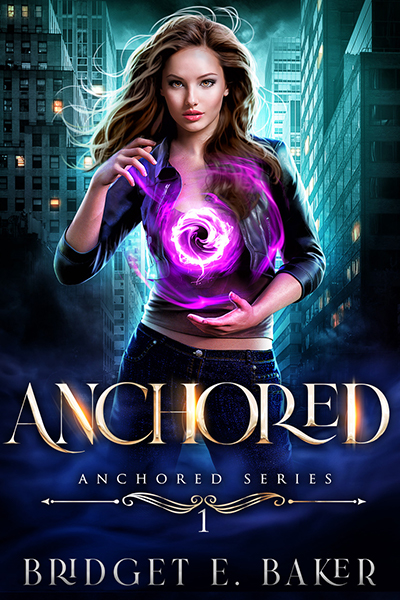 Alora’s life has been anything but magical. Since her parents died, she and her brother have been on the run from a creepy, doggedly determined social worker. In a few more months she turns eighteen, but until then, they’re stuck hiding. It’s hardly surprising that she dreams every single night of another world, Terra, where she possesses telekinetic powers.

What Alora can’t explain is how, when she breaks her arm in her dreams, she wakes up with the same (very real) injury on Earth. And if her dreams are fueled by wishful thinking, why isn’t being magical more fun? Since only men on Terra are supposed to be able to move things with their minds, Alora is forced to hide what she can do.

But when her best friend on Terra is threatened, Alora uses her powers to save him. She inadvertently kills the attacker and reveals her hidden talents. The next day on Earth, the exact same man she killed on Terra walks into her workplace. . .and drops dead. As the two worlds collide, Alora must discover how they’re connected and how far she’ll go to save a world that may not deserve to be saved. 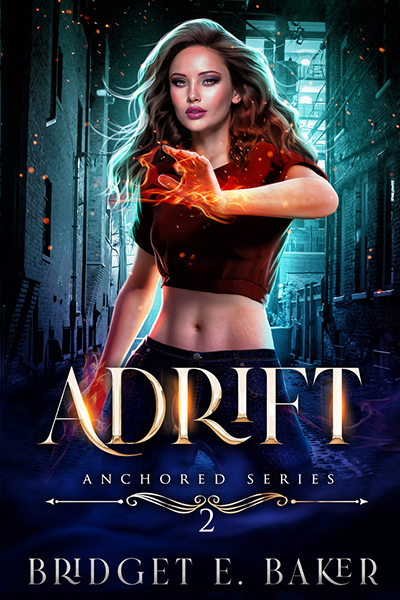 In your wildest nightmares. . .

As the only woman on Terra who could Lift, Alora was accustomed to hiding her differences. On Earth, she had learned not to trust anyone but her older brother, Jesse. But when Alora’s two worlds collide and all her worst dreams come true, she refuses to accept defeat. In spite of reason, logic, and self-doubt, she gambles her future to save the one thing that matters most in her life, and it works.

Her dreams of Terra may finally be a thing of the past, but her life is far from her own. New enemies appear around every corner, and everyone wants something from her. But perhaps the most concerning developments of all are the secrets hiding in her own memories. Can Alora hold on to the one person she loves in all the world(s)? Or will the price of saving him become too steep? 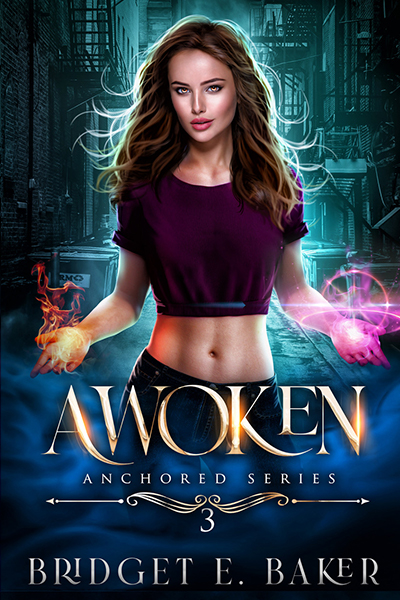 When history repeats itself. . .

Ra is awake, and the final prison walls are all that stand between Earth and the return of the most powerful man who has ever lived. Alora’s father, Duncan, insists that his return will prove the downfall of humanity.

But Alora isn’t so sure.

Her older brother Jesse’s unwell, and the only one with any hope of fixing him is Ra. Which means Alora must decide how bad the man once worshipped as the God of the Sun really is, and how far she’ll go to save what matters most. 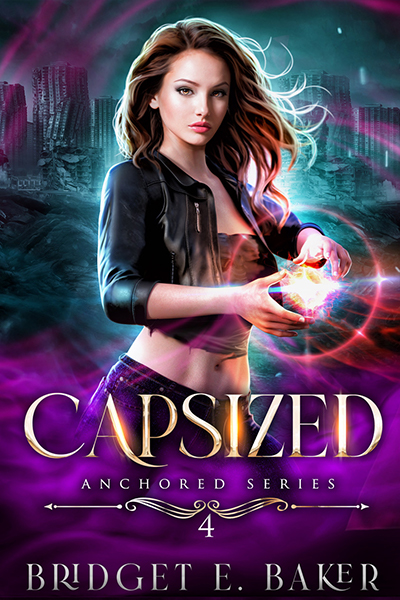 **WARNING: This is the final book in The Anchored Series. DO not read this blurb if you haven’t already read Anchored, Adrift, and Awoken. SPOILERS.

When nightmares walk the Earth. . .

Alora dismantled Terra, just as Isis feared she would, freeing its occupants and restoring the magic (and denizens) of the past. Ra is alive and eager to reunite with his family. Alora desperately hopes he will heal Jesse, once and for all.

But not everyone is pleased, and not everything is as it ought to be…

Ra may be powerful and skillful, but he’s also amassed quite a few enemies over the years. As those opposed to his methods assemble against Alora, she must puzzle out the mysteries of her ancient past to solve problems that were never resolved. Can Alora save those she loves without losing herself in the process? Will the world survive the clash of power that put on hold, for millennia?

Climb into your pajamas and find a comfy chair. You’re not going to be able to put this down until the last page.