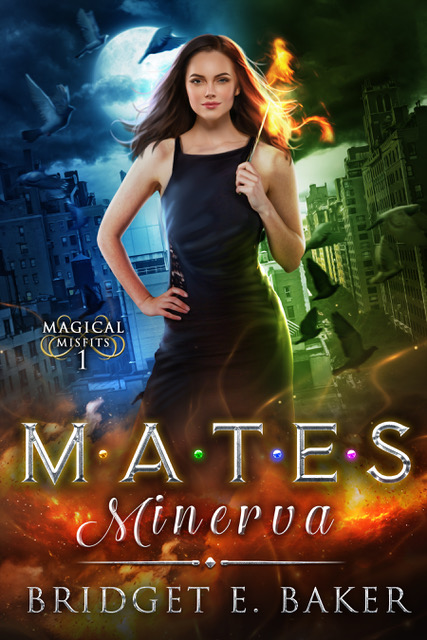 Paranormal affairs officer Minerva Lucent has always wanted to stand out by making a difference in the supernatural world. Unfortunately, she’s only managed to stick out—like a sore thumb. Her stun spells often misfire and freeze people by mistake. Her magical restraints have been known to pull objects to them like magnets. And last week, her truth spell caused a perp to start singing in verse.

But when a coveted guardian position opens up, Minerva’s determined to finally show everyone that she’s the witch for the job. She makes a plan to redeem her reputation, and she’s about to set it in motion, when her old finishing school pal, Roxana Goldenscales, shows up on her doorstep in dire need of assistance.

Can Minerva enact her plan and help Roxana (knock on wand!)? Or will she have to choose between becoming a guardian and being a good friend to her old mate?

Still not convinced? Publisher’s Weekly said Mates: Minerva is, “a delightful, character-driven fantasy novel about a group of supernatural friends helping to prevent an unwanted wedding, and it will no doubt bewitch readers with its entrancing plot and relatable cast.” 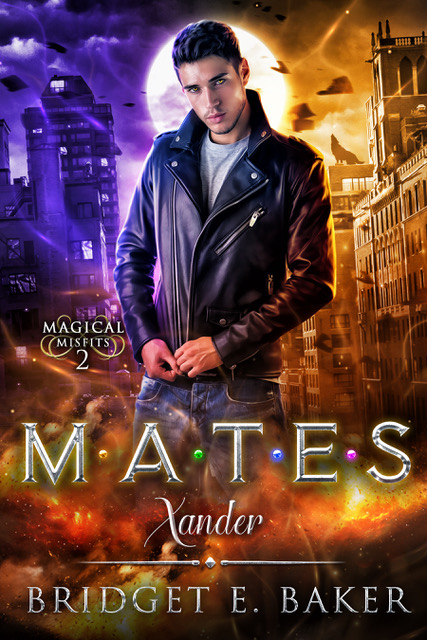 He wished on a star. He clicked his heels together. But poor Xander still hasn’t found a home—sweet or otherwise.

With a human mother and a werewolf father, Xander Binnigas has never fit anywhere. His father wasn’t keen on being saddled with a clueless cub. His mother hated when he drank out of the toilet bowl and marked mailboxes on their Sunday strolls.

Even so, he survived to adulthood, his one desire never wavering. And like a wolf with a bone, Xander still longs to find a place to belong.

But after years of working like a dog in hopes of officially joining the Manhattan pack, he realizes that he’s been barking up the wrong skyscraper. He’s no closer to his dream than he was his first day on the job. To make matters worse, he’s showing signs of fray—the mental decline to which all lone wolves eventually succumb. When the telltale tics become too prominent to hide, the Manhattan alpha discovers Xander’s problem and forces his paw.

But the solution the alpha suggests forces Xander to choose between his sanity and his friends. And how sweet can a home really be if you’ve sacrificed everything you love to find it?