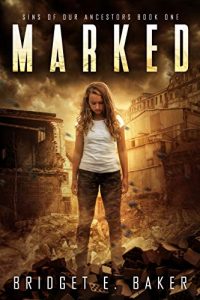 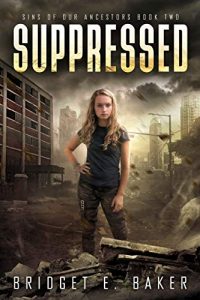 A blood-borne virus requires a blood-born cure, but can Ruby survive saving everyone else?

The last few weeks sent Ruby Behl’s world into even more of a tailspin than when the Tercera virus first broke out. Her boyfriend might be dead, her best friend isn’t dead, and the man she knew as her father may have kidnapped her at birth. Worse, the virus suppressant suddenly stopped working, accelerating the deaths of thousands. Finding a cure just went from important to critical.

Unfortunately, an essential piece of the puzzle fell into the hands of David Solomon, a zealous cult leader planning to massacre the remaining Marked—unless Ruby gives him what he wants: her blood, possibly all of it. Ruby must decide. Should she stay and help the Marked who rescued her or gamble on saving the entire world? As she grapples with the meaning of family and the value of a legacy, Ruby must decide who to trust—and who’s worth saving in the first place. 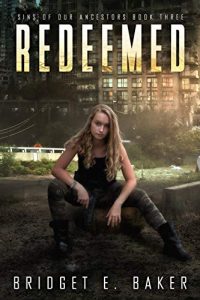 No matter what happens…the end is near.

Seventeen year old Ruby Behl never expected to be thrust into a position of power. But so much has changed in the past few months, she’s prepared to accept the responsibility. Her best friend Wesley was Marked with the Tercera virus. Her boyfriend Sam was shot to death. She found her father’s journal with the key to a cure. But the leaders of the port cities have assembled with a threat of their own: to Cleanse the world of the remaining Marked.

When a vicious attack accelerates the virus, Ruby and her friends have less than a week to find the cure, prevent the Cleanse, and rescue her aunt from execution. Ruby is convinced her father’s old partner stole the antidote, but she has no clue to his identity. Torn between saving her family or hundreds of thousands of Marked, she must figure out who he is and find him before time runs out—for everyone.