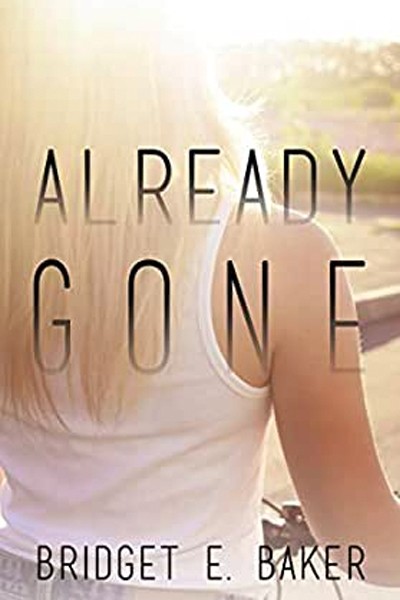 Lacy Shelton and her sister Hope couldn’t be more different, despite being less than a year apart in age. Lacy is captain of the debate team, poised to be Valedictorian of the high school and waiting for an admission letter from Yale any day. Hope is captain of the swim team, but will be happy if she gets into community college.

Hope has taken everything Lacy ever wanted, from pacifiers to high heels. But Lacy won’t let that happen again, not this time. She won’t let Hope take the new guy in school, and she sure as heck won’t let Hope ruin her chances with Yale. Until a shocking death changes all of Lacy’s plans. Now stuck in a court-mandated psychiatrist’s office, she’s forced to relive the months leading up to the tragedy to determine whether Hope will take her future, too.

Alternating between Lacy’s and Hope’s points of view, Already Gone pieces together a tense puzzle of sisterhood, betrayal, mistakes, and ultimately forgiving someone who can be gone in a blink.

If you haven't already, sign up for my newsletter to receive a free copy of Already Gone.

Be the first to hear about updates on my Women's Romantic Fiction series! By signing up, you'll also receive a free digital copy of Already Gone!