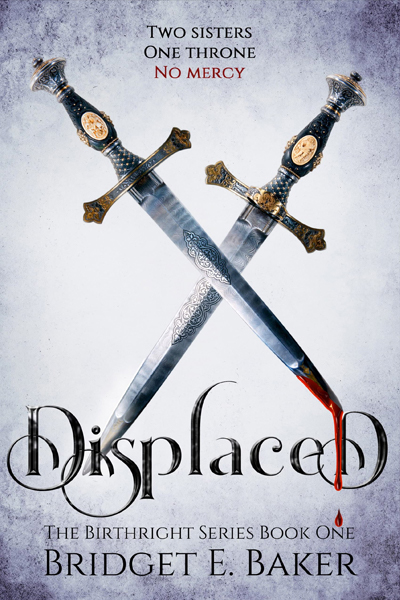 My mom should have killed me the day I was born.

Being a twin complicates the Evian line of succession, but Chancery Alamecha is fine letting Judica inherit the throne. After all, she’s the stronger sister—the merciless fighter, the ruthless politician, and the groomed heir. But something unexpected happens when Chancery tries on her mother’s staridium ring, forcing her into a role that she never wanted: the prophesied queen who will prevent the destruction of Earth.

Now I have to kill my sister.

Judica, enraged by this turn of events, vows to do anything to reclaim her rightful place as empress. Including challenging Chancery to a battle to the death. While Chancery is away training, she gets a taste of the human world, where she can do whatever she wants without genetic obligations. Now torn between a life she was born into and one that makes her happy, she must confront her treacherous sister—or cause the end of the world.

Displaced is a Whitney Award Finalist; a SOVAS audiobook finalist; a Publisher’s Weekly BookLife Prize Quarter-Finalist, and it received a positive Kirkus review. Check it out today! 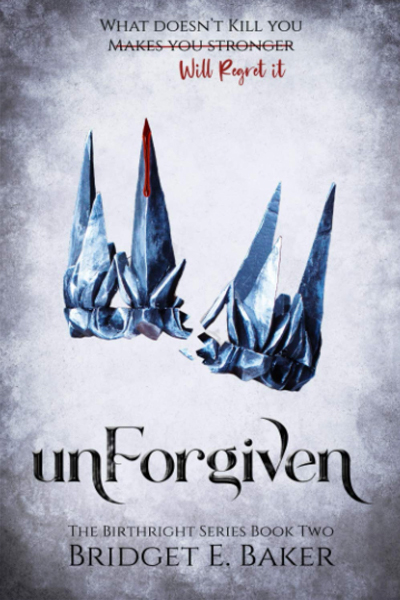 As heir to the evian throne, Judica must be perfect every moment of every day. If she slips up, even once, her mother will replace her. Impossible standards, horrifying decisions, terrible truths—none of these stop Judica from doing what needs to be done. She becomes what her mother demands, what her people need, what she never wanted for herself. But it isn’t enough.

But to be weak is death.

Judica’s worst nightmare becomes a reality when her twin sister Chancery steals the throne. Her life is over, all her efforts a waste. Judica should be furious, but strangely, she’s relieved. The freedom from her former responsibilities leaves her time to pursue her mother’s killer. But as she unravels the clues, the truth slips further away. When her investigation leads to a common enemy, Judica must decide whether she’s willing to mend the deep and painful fractures between her and Chancery, or whether she’s too far gone. Once a villain, always a villain? 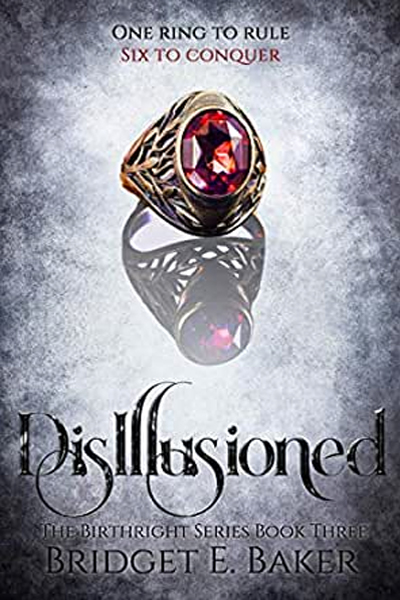 Accept the world as it is…

Days before her eighteenth birthday, Chancery Alamecha has more to worry about than the flowers at her celebration. She’s no closer to learning who killed her mother. Her twin sister is missing, fate unknown. And she’s the new ruler of an empire with abilities she has yet to harness.

Or do something to change it…

When her first act as a merciful queen is met with resistance, Chancery realizes her mission to improve the world will be harder than expected. She’s attacked on multiple fronts, distrust simmers within her ranks, and her list of allies grows shorter by the day. But to unite the evian families and gain control of five powerful rings, the most direct path to peace may be through war…

In a world where perfection is mandatory…

Melina’s parents do not get along, not even a little bit. All Melina wants is to make her parents proud, to make them smile. But what brings joy to one causes the other to scowl. There’s only one thing they both agree upon—Melina must win in single combat at the Centennial Games.

A single flaw renders you useless.

Melodics requires complete understanding of your opponent. Melina has no trouble analyzing and comprehending the motivations of others, which makes her a force to be reckoned with. But as the end draws near, as success dangles just out of her grasp, she discovers she may not know herself as well as she thought. And the thing she has refused to accept might be the very cause of her downfall. 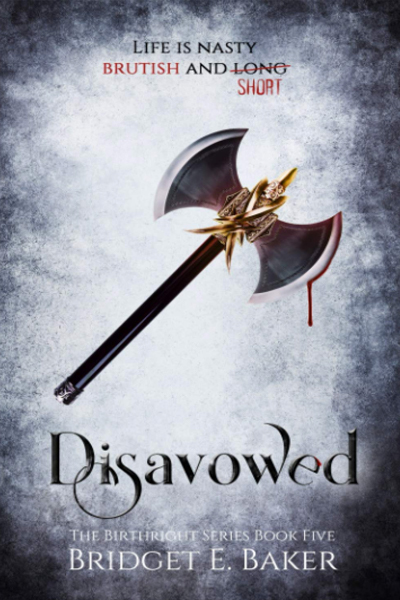 Her days of hiding are over…

A five thousand year old prophecy and a dull black rock ruined the life Chancery planned for herself. As she navigates the roiling waters of ancient prejudice, assassination, war, and refugees, she discovers how deeply unprepared she was to assume this unwanted role.

But standing tall makes you a target.

She isn’t alone, but everyone around her is working an angle. Noah’s missing, Edam’s planning their wedding, and the rulers of the Evian nations watch her every move like hungry panthers ready to pounce. A prophecy may have led her to this point, but the rest is up to her. Can she locate the true threat amid the school of red herrings? And what price is she willing to pay to prevent the threatened catastrophe? 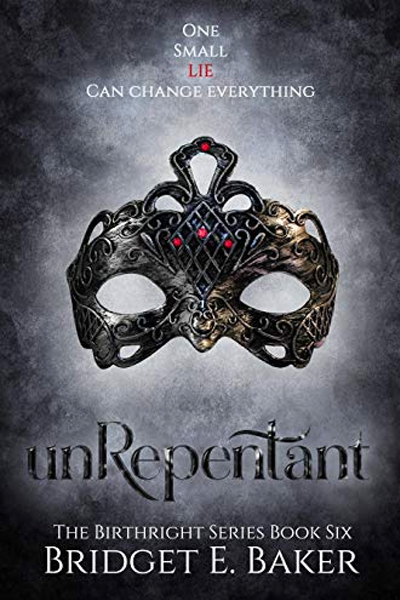 When you’ve already lost everything that matters…

Inara devoted more than two hundred years of her life to serving Alamecha. She gave up on her epic love. She lost her best friend. She protected her sisters, even as they stole her birthright. Her siblings made error after error, and Inara patiently cleaned up their mistakes.

Gambling over the future of the world isn’t daunting.

But when a critical piece of the past comes to light, Inara realizes she sacrificed in vain. Now that she finally knows the truth, Inara is done playing janitor. She’s never serving anyone else again. Inara will do whatever it takes to secure the throne for herself–even if that means destroying her mother’s legacy. 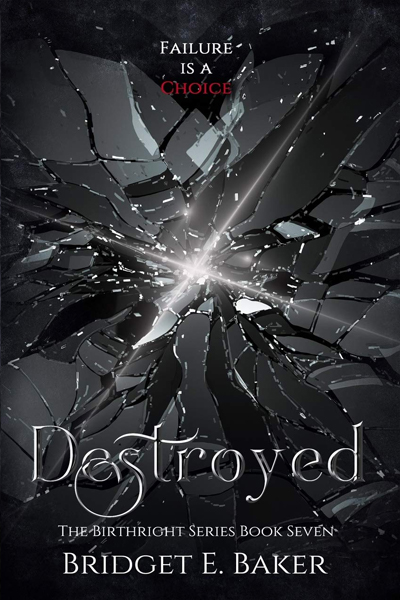 The powers gathered against Chancery have been vanquished, and she has finally conquered the other five families and assembled their stones. All she needs to do is rejoin the final stones and locate the garden so that she can fulfill the prophecy.

But not all her enemies stood outside the gates.

When her direst enemy strikes, she’s woefully unprepared. She’s willing to suffer the consequences of her lack of judgment, but her failure means the destruction of billions of lives. Can Chancery make the sacrifices necessary to redeem her misplaced faith, or will the Sons of Gilgamesh bring to pass the utter destruction prophesied from the beginning? 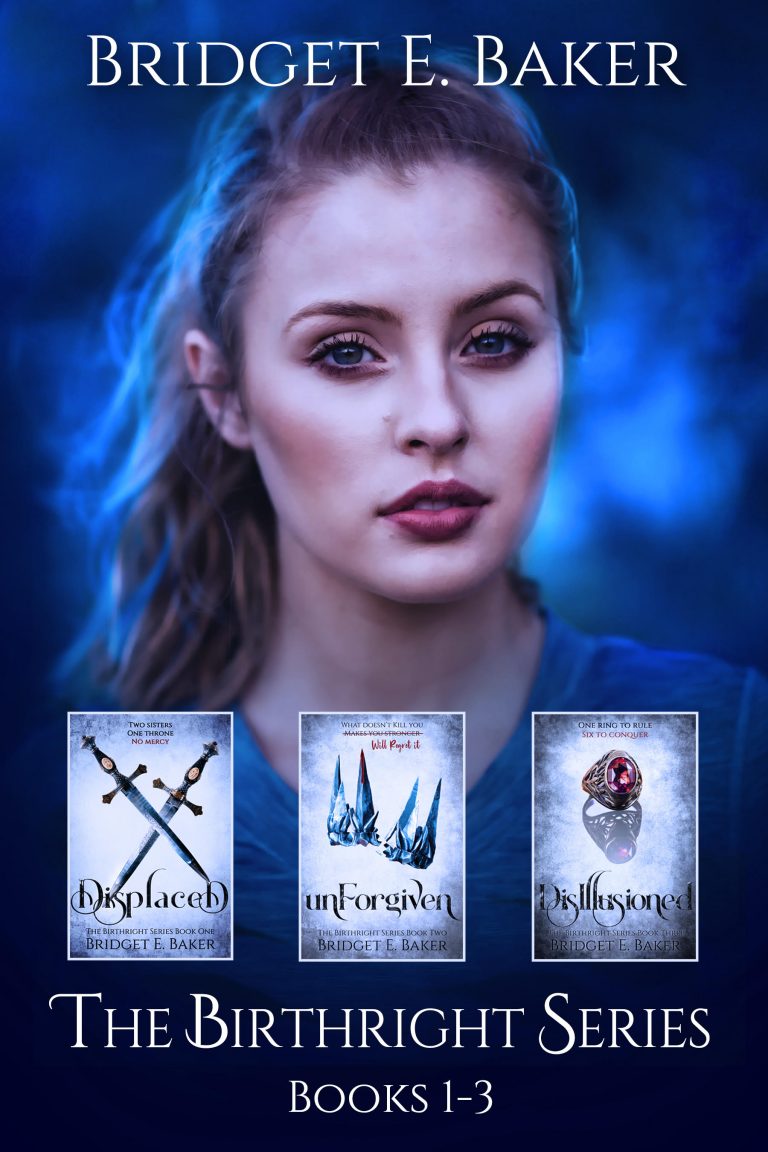 This box set includes the first THREE books for the price of only two!